The Rona Limestone is a natural reserve (natural monument) from a geological and landscape point of view, situated in the Sălaj County, on the administrative territory of Jibou.

The natural area is in the Someş Plateau, in the central-eastern part of the Sălaj County, on the Western territory of the Rona village, near the communal road DC18A, connecting Jibou to the Husia village.

The natural reserve was declared national protected area through the Law no. 5 of the 6th of March 2000 (concerning the approval of the National Territory Arrangement Plan – Section III – protected areas), published in Romania’s Official Gazette, nr. 152 of the 12th of April 2000 and occupies an area of 0, 50 hectares.

The Rona Limestone is a natural area in the Someş everglade, made up of lacustrine deposits of white-grey and beige-rusty limestone, alternating with grey-bluish marl disposed in monoclinal layers with a significant content of mollusks, fish and reptile fossils, attributed to the geological period of the Jurassic.

West of Rona, village in Jibou, in the right meadow of the Someș River 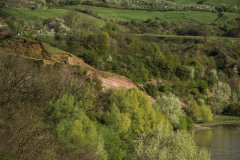 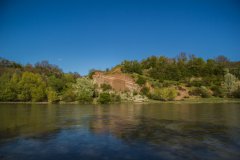 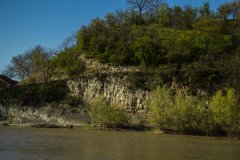 Prev Next
Read 2657 times
Tagged under:
Published in: Tourist Sites in the Sălaj County