The "Dragons’ Garden" is a protected natural reserve, from a geological and landscape point of view, stretching on almost three hectares, unique in the world and impressive through its aspect and the complexity of the rocks.

Situated near the Gâlgăul Almaşului village, the reserve represents a significant fall and destructive erosion phenomenon, in the so called Sânmihaiu hone. This is a relatively mildly cemented hone, mixed with gravel and conglomerates. These formations appeared through the detachment of blocks or compartments of hone from the massive Închieturi hill (376 m) and their slipping on the bluish clays at the bottom.

Together, the rock formations create a bizarre chaotic pile, very beautiful and interesting, stretching on almost five hectares. For a while, the area was called Cheturi, probably a reference to the hill they detached from.

The irregular rock ensemble bears the name of: "The Soldier’s Daughter, the Dragon and the Dragon Lady, the Old Man, the Monks, the Captain, the Soldiers, Eve, The Dorobant, the Little Finger, the Sphinx ", it has bizarre shapes (towers, mushrooms, needles rocky steeps) disposed at the bottom of the „Dumbrava” hill, formed by the action of air (freezing-melting, wind, temperature), water (washing, dripping) and of the gravitational processes (detachment, crumbling).

One of the legends of the Dragons’ Garden tells of a girl that fell in love with a soldier. Her step mother did not approve of their love and cursed the girl who turned into a rock. The rock that inspired the legend no longer exists as it was destroyed by the 1973 floods.

The central-eastern area of the Sălaj County, 10 km from Jibou, in the Almaș basin, on the Western territory of the Gâlgău Almașului village, in the near vicinity of the national road DN1H connecting Zalău to Jibou 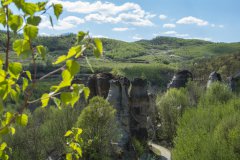 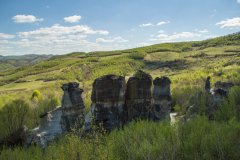 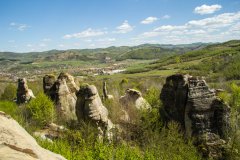 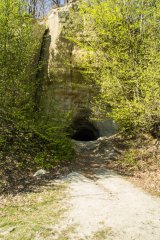 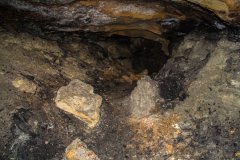 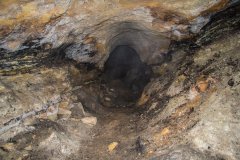 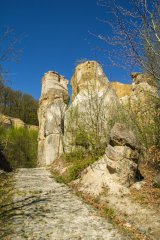 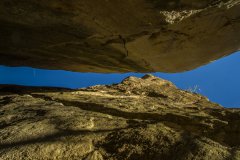 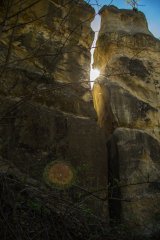 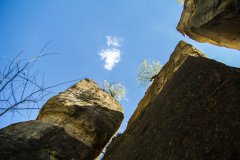 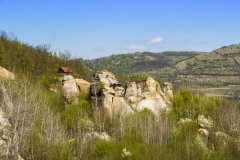 Prev Next
Read 3307 times
Tagged under:
Published in: Tourist Sites in the Sălaj County